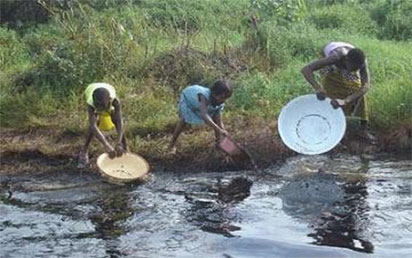 The Federal Government on Monday announced that about N1.7tn would be invested by various stakeholders in the Niger Delta between this year and 2021.

It said the fund would be spent on the development of the region, adding that about N50bn had been spent on the payment of stipends to ex-militants from the area.

The Special Adviser on Niger Delta Affairs to the Minister of State for Petroleum Resources, Charles Achodo, disclosed these at the 7th Sustainability in the Extractive Conference in Abuja.

Achodo said the current Presidential Amnesty Programme of the Federal Government in the region was not sustainable, as it was not a solution to the crisis in the Niger Delta.

He stated, “The amnesty is very clear and it cannot be a solution to the state of insecurity in the Niger Delta. A situation where you are paying people N65,000 every month to keep quiet, that does not solve the problem.

“If you multiply N65,000 by the number of militants and by the number of years the programme has been running, you are looking at close to N50bn. That is a huge amount of money. It is not sustainable and it is not guaranteeing you what you expect in the place.”

Achodo said $40bn had been invested in 11,000 projects in the Niger Delta over the last 10 years without concrete evidence.

This, he noted, led to the creation of the Niger Delta Development Compact by the Federal Government to mobilise N1.7tn to the region in the short to medium-term.

Achodo stated, “If you look closely, since the past 10 years, up to $40bn has been made available for that region and you can never tour the Niger Delta and see a N1bn or a N500m investment.

“When you look at the Niger Delta Development Compact, which we have, which covered the short term, medium-term from now till 2021, you are looking at a total investment of N1.7tn that is earmarked for the region and that covered what the oil companies are putting into the region, what government agencies are putting into the region and all kinds of investments that are required in that region.”