Brazil captain, Neymar was furious with referee’s decisions in their one all draw to Napoly in Italy, the PSG forward hit out at the center referee, Bjorn Kuipers after the UEFA Champions League on Tuesday night. 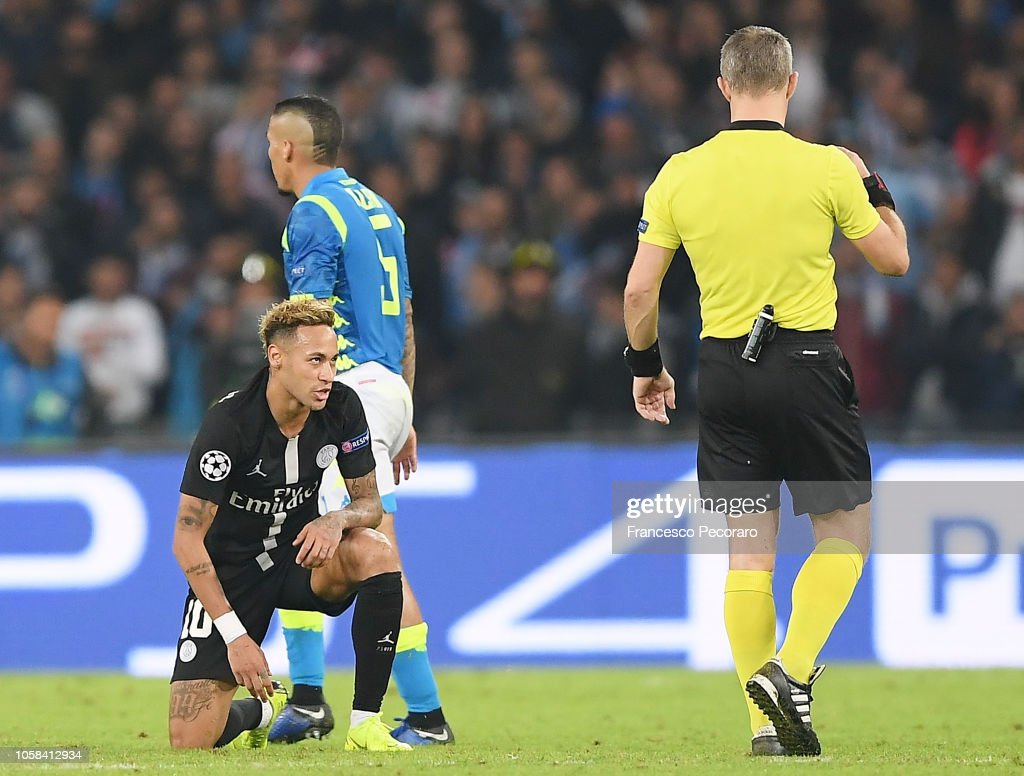 The PSG winger was issued a yellow card soon after for arguing with the official, and Neymar responded with a sarcastic applause to the incident.

PSG were unable to score in the aftermath as the club settled for a point, and Neymar was less than thrilled after the match.

“The referee told me something he shouldn’t and it was disrespectful,” he said following the draw.

Napoli’s equalizer came on a controversial penalty as Jose Callejon appeared to be offside on the lead-up to the incident.

Lorenzo Insigne buried the subsequent spot kick, canceling out Juan Bernat’s first half finish as both sides settled for a point apiece.

“The Napoli penalty came from a situation that was offside in the build-up,” PSG boss Thomas Tuchel said after the match. Plus we should’ve had a penalty and the result certainly could’ve been different with those decisions. Having said that, we have to accept the result and move on.”

The point, and Liverpool’s loss to Red Star Belgrade, was enough to keep PSG alive in group play as the French champions sit on five points from four games in Group C.

Napoli and Liverpool sit level on six points at the top of the group.

Next up for PSG is a match against Monaco on Sunday while the next Champions League match comes November 28 at home against Liverpool.