The governor of Adamawa state, Mohammed Bindow, on Monday, December 3, declared that President Muhammadu Buhari remained an unbeatable candidate for the 2019 presidential election among all the candidates currently vying for the seat.

Bindow reportedly made the declaration at the inauguration of the 2019 APC campaign team for Yola North local government area.
The report quoted Governor Bindow as saying that the provision of infrastructure nationwide by the Buhari-led administration from which the state had benefited, had given the president more popularity to get re-elected in the coming elections.

The governor reportedly mentioned five federal road projects ongoing in the state, which he described as unprecedented. 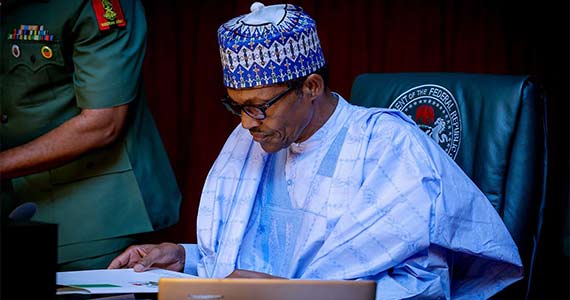 Bindow urged the people of the state to vote for the candidates of the APC from the president down to the least office in the contest.

The governor, also said that the election of APC candidates across board would help to give the party the impetus to actualise the party‘s agenda of re-writing the Nigerian history.