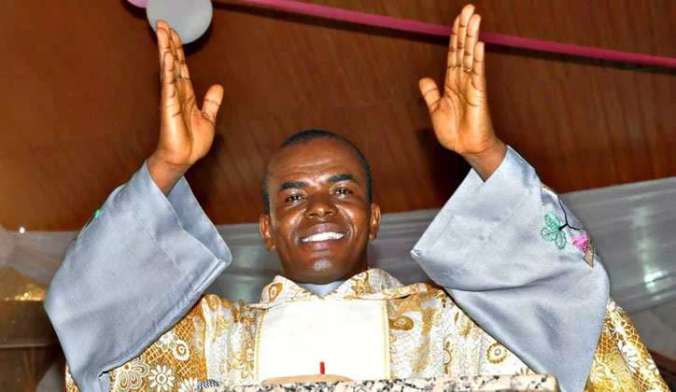 Rev. Fr. Ejike Mbaka of the Adoration Ministries Enugu Nigeria (AMEN) has been banned from giving endorsements to any politician or political parties ahead of the 2019 General Elections by the Catholic Church.

“The Church does not want prophesy. We are in a democracy and not theocracy. We asked Mbaka to send a written apology to Obi. What he did was not apology but apologetics. He wrote an apology before us and I hope it will be in the social press now,” Onaga said.

The Bishop insisted that Mbaka must adhere to the instructions of the Catholic Bishops Conference of Nigeria (CBCN) and do not get involved in the endorsement of candidates.

Onaga maintained that Mbaka should not stay in one place and decide who will win or lose. 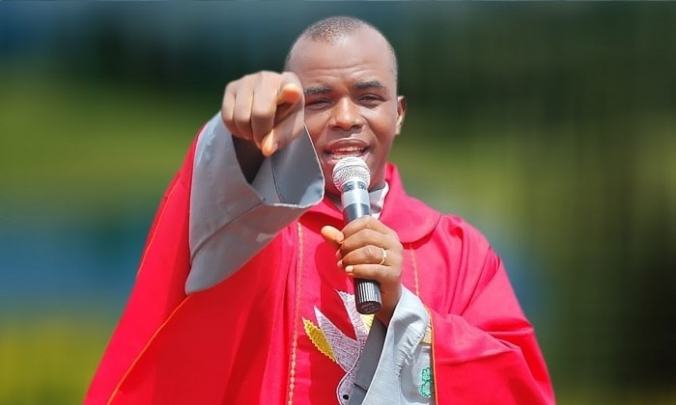 “Stop prophesying on who is going to be what. He (Mbaka) told us he was sorry. He said he didn’t know what happened and promised it won’t happen again.
“Let us pray for Mbaka. There’s no doubt that Mbaka is a gifted priest. Stop misleading him. You (the followers) pushed him into doing what he did. Daddy, Daddy, Daddy and he misspoke. Follow him, but pray for him.

You (people who reacted to his outbursts) called him names. When I heard it I also called him names. The Church is a human church with all human limitations.
“I hope with this public statement everything will now rest so that we will continue with our Mass the way we’ve been doing it” Onaga said.

Father Mbaka became very popular with political prophesies in 2015 when he successfully predicted the victory of Muhammadu Buhari of APC over the then incumbent President, Goodluck Jonathan of PDP.