Barcelona boss Ernesto Valverde insisted he is unconcerned over Levante’s official complaint regarding their selection of Chumi in the first leg of their Copa del Rey clash. While the complaint has been raised that the club fielded an ineligible player, the Barca manager insisted he was right to pick Chumi.

Young defender Chumi started last week’s 2-1 loss to Levante despite being due to serve a suspension after picking up five bookings while playing for Barcelona B in the Segunda Division B. Barca won the reverse fixture at Camp Nou 3-0 on Thursday – Ousmane Dembele scoring twice and Lionel Messi adding the third – to advance to the quarter-finals courtesy of a 4-2 aggregate success, with the draw for the last eight due to take place on Friday. 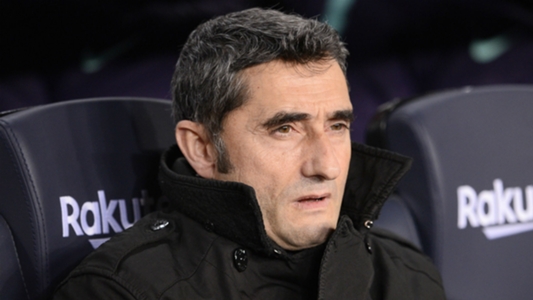 However, speaking prior to kick-off on Thursday, Levante president Quico Catalan had stated his club’s intention to lodge a complaint to the Royal Spanish Football Federation, reportedly over Chumi’s involvement in the first encounter. Yet Valverde is confident Barcelona will not be kicked out of the competition and that Chumi was eligible to feature in the Copa del Rey.

“We have no doubt about Chumi. Not before, not after, or during. We believe that tomorrow we must be in the draw. We are sure that we did it well. We knew perfectly well that Chumi was sanctioned, he could not be used in the match against Eibar [in La Liga]. We are convinced of what we have done. We have acted in an absolutely correct way. We have won where we had to win. It is very clear,” he told reporters in his post-match news conference.

Barcelona will be looking to avoid the fate suffered by their rivals in the competition in 2015 when Real Madrid found themselves expelled for fielding an ineligible player. Madrid had played forward Denis Cheryshev in the first-leg victory over Cadiz, with the Russia international ineligible due to a suspension earned in the previous year of the competition while on loan at Villarreal. Los Blancos were forced to forfeit the second leg, and though they appealed, were bounced from the competition.