According to English Media outlet Mirror, Manchester United are ready to hand Marcus Rashford a huge new deal — with Europe’s top clubs preparing to pounce on the forward this summer.

England international Rashford has underlined his worth to the Old Trafford giants in recent weeks with six goals and three assists in nine games. United are understood to be ready to open talks with the 21-year-old over a double-your-money contract worth around £150,000 a week that would reflect his progression and importance to the club. 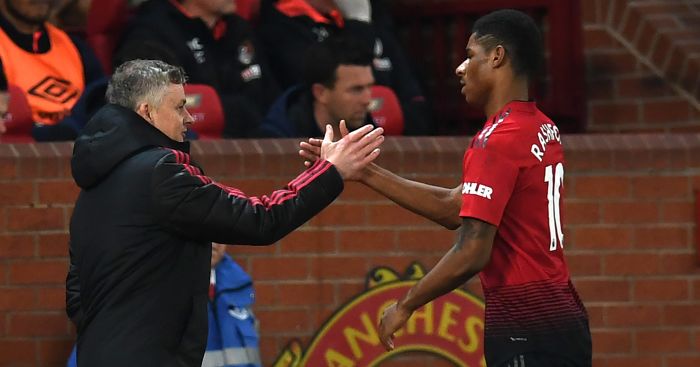 Rashford’s £75k per week deal runs out in 18 months, and although United have an option to extend it by an extra year, there is a desire to tie him down with a more long-term arrangement.

But academy kid Rashford, set to make his 150th appearance for the Reds in Saturday’s home game against Brighton, is thriving under interim boss Ole Gunnar Solskjaer and has taken his game to a new level since the former United striker’s return last month.

Rashford has flourished in a more central position up front, scoring a stunning winner away to Tottenham at Wembley last weekend and enjoying the best goal-run of his career since he burst onto the scene under then-boss Louis van Gaal in 2016.

If he can find the net in the Brighton game, Rashford will take his Premier League goals tally this season to eight — his best return in the top-flight, with a third of the 38-match season still remaining.