said to be a former member of the APC who decamped to PDP the day Governor Wike visited Abua Odual for the PDP campaigns.

See what wrote Joy Oyaghiri-Fagbemi below;

“An Odual man from Ward 11 identified as Saveme Akpila, a former member of the APC who decamped to PDP the day Gov. Wike visited Abua Odual for the PDP campaigns, has named his newborn twins Atiku and Wike. After the PDP Presidential Candidate and Gubernatorial Candidate of Rivers State, respectively. They were delivered on his way home after the PDP campaigns at Ayama, Abua on Tuesday. To God be the glory” 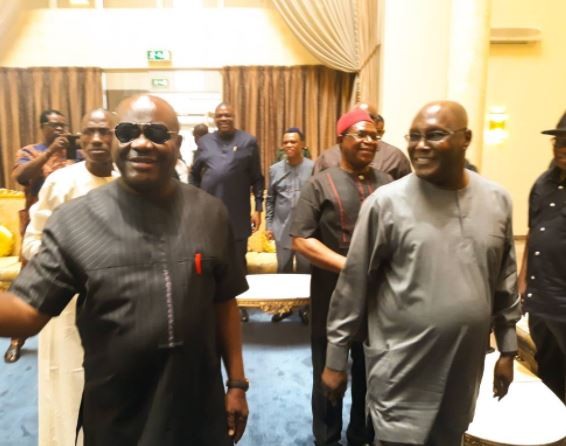 Traditional African names often have unique stories behind them. From the day or time a baby is born to the circumstances surrounding the birth, several factors influence the names parents choose for their children. Whichever ethnic group you look at, these local names reveal a wealth of information about the bearer. Here are nine different ways African parents name their children:

Among several ethnic groups, picking out names can be influenced by positive or negative circumstances the family finds themselves in around the time a child is born. Often, such names are complete sentences. Ayodele (joy has come home) is a unisex name for a baby whose birth brought happiness to their Yoruba parents in Nigeria. Yetunde or Yewande (mother has come back) is a Yoruba name given to a girl whose grandmother or other female relative died before she was born. Adetokunbo (crown/wealth has come back home) is a unisex Yoruba name often given to a child born abroad.

Ajuji (born on a rubbish heap) is a Hausa name given to a baby after those born before it failed to survive. It is believed that giving the child a “terrible” name will deceive evil spirits into thinking the child is not loved and as a result, allow it to live. Kgomotso and Pumza (comfort) are given to babies born shortly after a death or tragedy in Sesotho and Xhosa families in South Africa. Kiptanui and Cheptanui are often given to babies whose mothers may have suffered extreme difficulties during childbirth among the Kalenjin ethnic group in Kenya.