Manchester City manager, Pep Guardiola is refusing to give up on the Premier League title despite the prospect of falling seven points behind Liverpool. 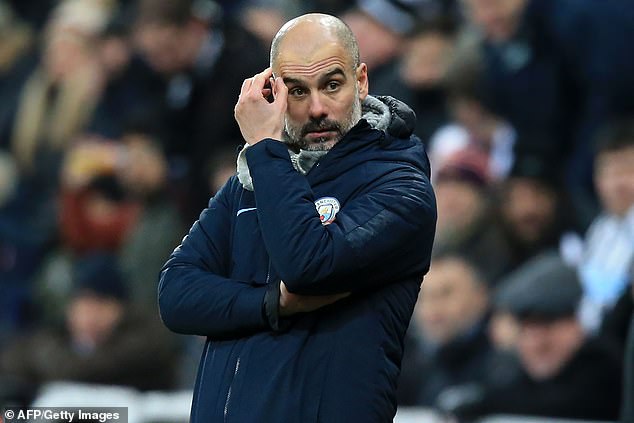 Manchester City lost for the fourth time at Newcastle last night despite taking a lead inside 24 seconds through Sergio Aguero. Leaders Liverpool entertain Leicester on Wednesday evening, but Guardiola said: ‘If they win it’s a lot of points (to be behind). But it’s January, it’s not April or May. There are many games. We won’t give up. It’s more difficult now, but we have the chances to do it and we know we have to win games. When you are behind you cannot drop points.’

Of the performance, he said: ‘It wasn’t our best. We got that goal but during the whole game we didn’t have the rhythm we need to impose our game. The early goal did not help us. ‘And when you don’t take the chances then the game stays open, so congratulations Newcastle.’ The Magpies are set to break their transfer record with the £20.5million signing of Miguel Almiron and will add defender Antonio Barreca on loan from Monaco. They are also in talks with Benfica midfielder Andreas Samaris. 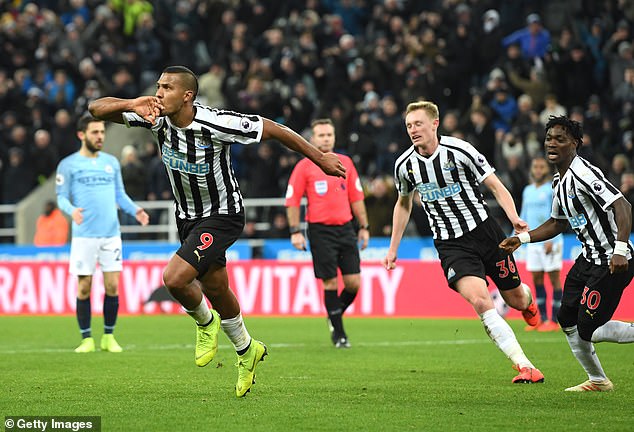 That news coupled with a victory which takes them to 14th lightened Benitez’s mood on a day which began with him refusing to commit to the club beyond the transfer window. ‘I did not know where we were (with transfers), but they told me before the game we are progressing. It could be good news for us, but the main thing is we sign what we need, not the price. I have confidence that we will do the right things to stay up. You have to stay calm. If people around trust you, then you have more chances to win,’ said the Spaniard.

Benitez saw Salomon Rondo equalise on 66 minutes before Matt Ritchie smashed home a penalty 10 minutes from time. And he added: ‘We had a game plan, which was obviously not to concede in the first minute. But the reaction of the players was very good. We said at half-time we had to stay in game and we’d have chances. We needed to win one of these games which have been so close (against the top sides), and luckily this was the one. But the best game will be the one which keeps us up.’ 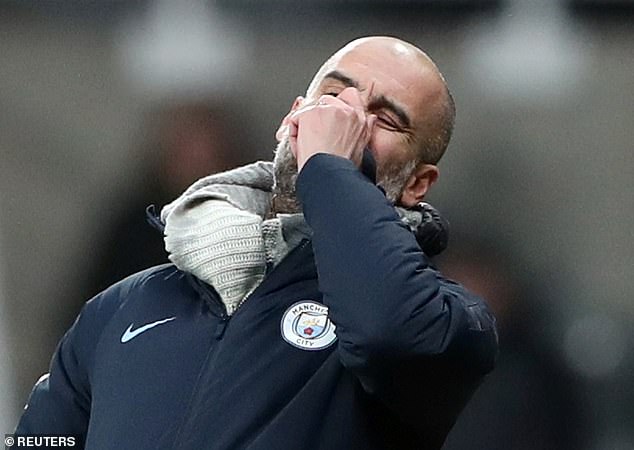 Ritchie was the match-winner but he admits morale has not been good of late. ‘The place has been low, I have to be honest,’ he said. ‘But we kept believing and kept working hard. We beat Man United at home last season and that was a turning point, so hopefully, this can be.’ Ritchie had to wait two minutes to take his spot-kick after Fernandinho fouled Sean Longstaff, and he said: ‘I was going to place it but it was so long I just decided to smash it!’