Paris Saint-Germain have players capable of stopping Paul Pogba in Tuesday’s Champions League clash, Julian Draxler insists. The Frenchman has been in exceptional form for Manchester United, but the German midfielder is confident his side can keep him quiet. The Ligue 1 leaders head to Old Trafford for the first leg of their last-16 tie against a United team who have shown resurgent form under caretaker manager Ole Gunnar Solskjaer.

Saturday’s 3-0 defeat of Fulham was their 10th win in 11 games in all competitions since Solskjaer took over from Jose Mourinho in December. Pogba has been instrumental in their improved run, his two goals against Fulham taking his tally to 11 in the Premier League this term, a personal best in a single season in top-flight football. Draxler, though, is confident his team-mates can keep Pogba quiet, telling a news conference: “They have got some great players at Man United, especially in midfield, with Pogba and [Nemanja] Matic. They will be key in the game.

“But we’ve got a lot of quality, too. Our players are more than capable. We stopped Paul sometimes in games between Germany and France. “We’ll see what he does. He can do everything, but we’ve got players capable of stopping Paul.” 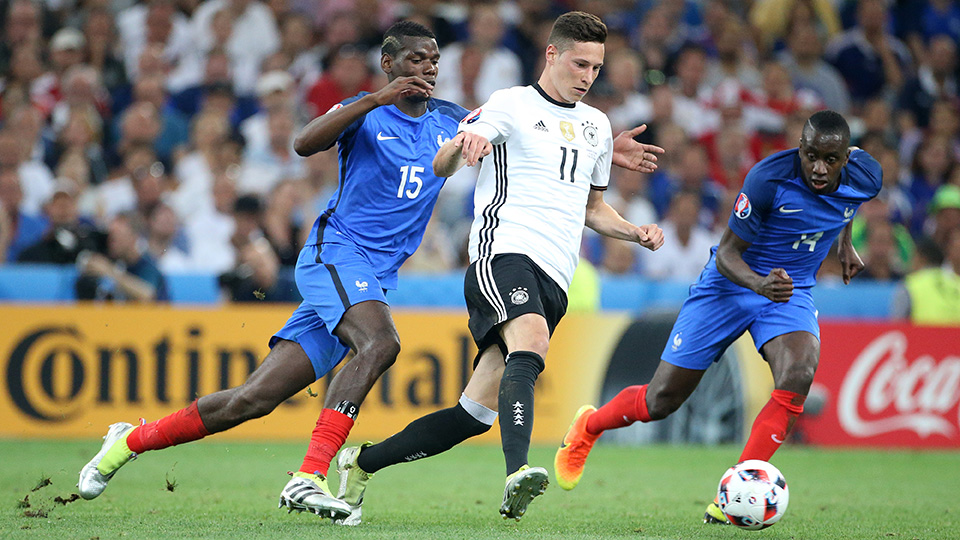 Tuesday’s game will see Angel Di Maria face his old club for the first time in a competitive match since he left for PSG for a reported £44million in 2015. With Neymar and Edinson Cavani out injured, Draxler hopes he and Di Maria can produce a positive display.

“I was asking him some things about Man United, but I won’t tell you what he said – it was nothing bad!” Draxler said. “We will need him without Cavani and Neymar. Hopefully, he gives a good performance. “I don’t really know what position I will be playing, but I’m comfortable in lots of positions. I’m not the same type of player as Neymar and, clearly, we’ll miss him. I’ll try to put in a great performance.”

Draxler does not consider either side to be favourites but is confident PSG will be able to overturn any negative result in the second leg at Parc des Princes on March 6.

“Everyone knows that there are two good teams,” he said. “Everyone should be ready to watch the match because it’s one everyone wants to see. I don’t know if United are favourites or us. For me, it’s not important. “You’ll never win a game by talking lot before the game. It’s what happens on the pitch that counts. “We’re expecting United to play in the same way they have been playing recently. But it’s not all or nothing [on Tuesday]. There is the second leg at our ground.”