Liverpool will use Manchester United’s huge kit sponsorship deal with Adidas as a gauge when they agree a new contract. The Reds’ current kit is sponsored by Boston-based New Balance, but that runs out at the end of 2019-20 and the club are actively looking for a new deal that dwarfs their existing £45million-a-season contract. 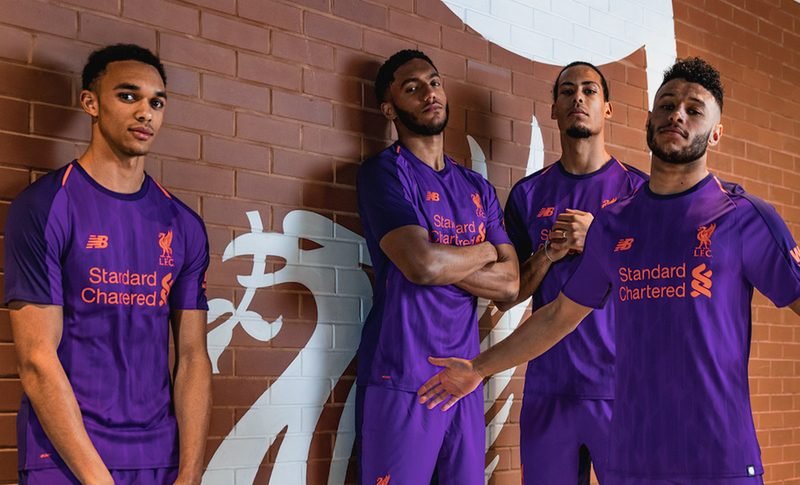 Man Utd agreed a massive £75million-a-season deal for 10 years in 2014 – a figure which makes the deal Liverpool struck in 2015-16 look like small fry. With that in mind the Reds have started talks with New Balance over a new deal which will surpass the £75million a year that United receive. Such has been the development of Liverpool into Premier League title contenders under Jurgen Klopp, the Liverpool Echo reports that the club believe they should be commanding a similar figure to that of the Old Trafford club.

The club also recently announced a record-breaking £125million pre-tax profit and the Merseyside club are seen as a prime partner for sportswear giants worldwide.Despite talks being underway with New Balance, the club are not ruling out switching brands and rivals suppliers Adidas, Nike and Puma are all potential new partners.

Last month Liverpool CEO Peter Moore confirmed the club were actively looking for a new kit deal. Moore told Arabian Business: “It’s an important part of our overall commercial make-up, not only for the revenue it brings, but live-and-die soccer fans [care] about their kit manufacturer and designs as part of how they show themselves as fans. We think we are uniquely placed right now to build upon what we already have with New Balance… we think it’s a great opportunity to build on our global distribution.” Top Premier League kit sponsorship deals: Manchester United (£75m), Chelsea (£60m), Arsenal (£60m) and Manchester City (£50m).

Liverpool midfielder Fabinho is happy with how his debut season is progressing – even though he would have loved to have played a greater role already. The Brazil midfielder arrived in the summer from Monaco in a £43.7million deal but was held back by manager Jurgen Klopp, making his first start in the Carabao Cup defeat to Chelsea in late September. That was only a week after an 89th-minute debut in the Champions League against Paris St Germain, but it was not until December that the 25-year-old began to feature regularly.

Fabinho’s emergence has helped bolster Liverpool’s title push and the Brazilian has recent experience of a championship victory, winning Ligue 1 with Monaco in 2017. “I had a good season with Monaco, we scored a lot of goals and we had joy playing football and we have to do it here as well. Enjoy the games and go on the pitch with happiness and go game-by-game. I know it is really hard to win a league, especially the Premier League, but we have experienced players here at Liverpool. I don’t know if I can help a lot because we already have experienced players.” he said.