Atletico Madrid coach Diego Simeone says Diego Costa is not fit to play the entire match against Juventus in the Champions League on Wednesday. 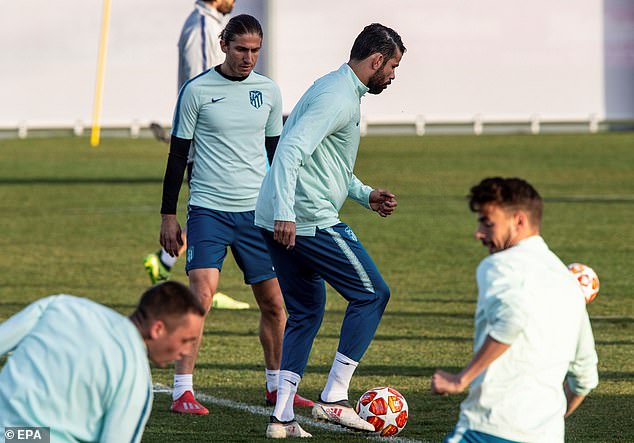 Costa returned to action last weekend after being sidelined for nearly two months because of a foot injury that required surgery. He came off the bench in Atletico’s 1-0 La Liga win at Rayo Vallecano, playing alongside Alvaro Morata for the first time. Simeone said on Tuesday that Costa ‘is not ready to play the 90 minutes’ in the round of 16 match at the Wanda Metropolitano. 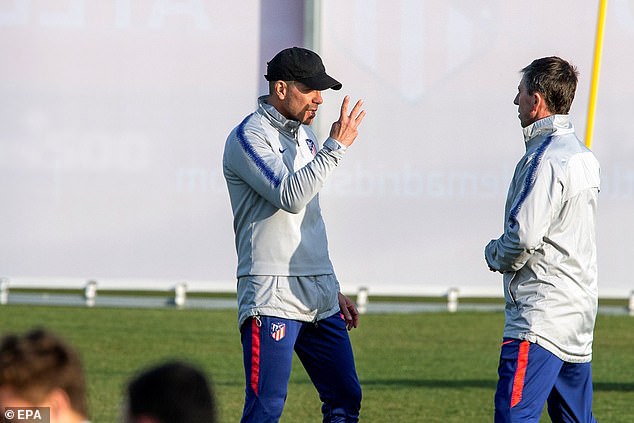 Vitolo started against Rayo, but Simone did not give any hints about his formation for the first leg against Juventus. Midfielder Koke is expected to be back in the lineup after a long injury layoff, although Simeone said he will wait until Wednesday to decide whether to start him. Simeone said he is focused on his squad and not on Cristiano Ronaldo, the former Real Madrid player who will be playing for the first time in Madrid since joining Juventus last summer. 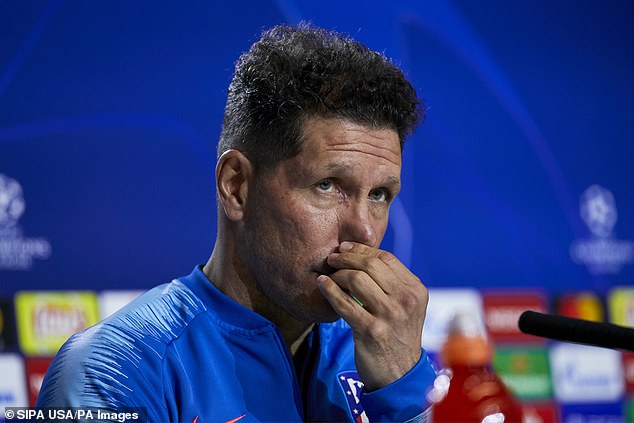 ‘We only think about Antoine Griezmann, Morata, Costa, Koke,’ Simeone said Tuesday. ‘They are all extremely motivated to play a great match.’ Ronaldo has fared well against Atletico, scoring 22 goals in 31 matches against the rival in all competitions. In the Champions League, he faced Atletico in four straight seasons with Real Madrid, winning every time – in two finals (2014 and 2016), one quarter-final (2015) and one semi-final (2017). 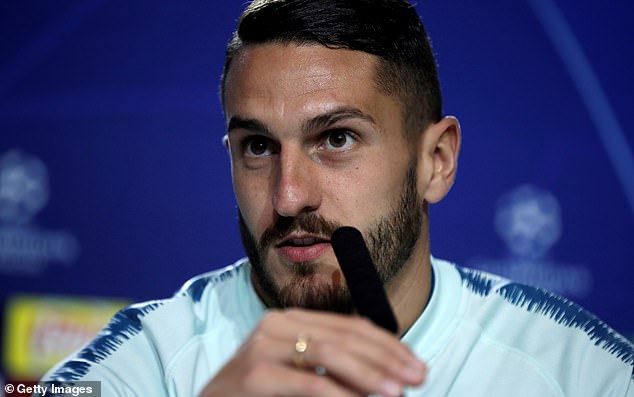 Simeone said there could be surprises in Juventus’ squad even though coach Massimiliano Allegri announced on Tuesday that Paulo Dybala will be starting against Atletico. ‘It doesn’t mean that they will be playing with three forwards,’ Simeone said. ‘They can play several different ways regardless of the players who are starting.’ 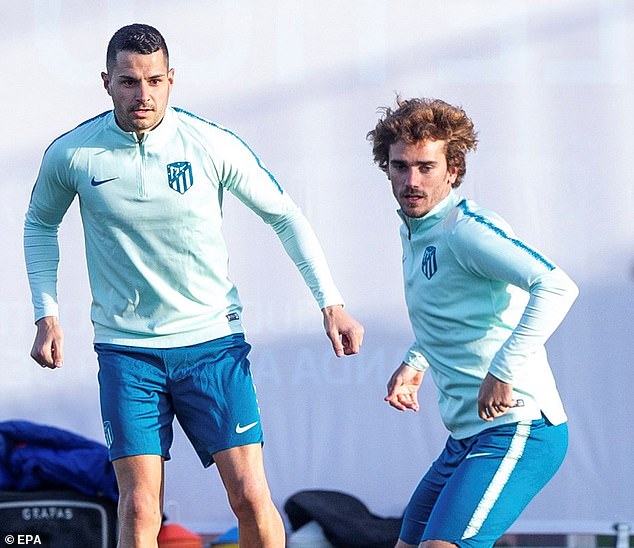 Juventus were runners-up in the Champions League in 2015 and 2017. Last year, they were eliminated by Real Madrid in the quarterfinals. Atletico Madrid are back in the round of 16 after failing to make it out of the group stage last season. This year’s Champions League final will be played at the Wanda Metropolitano.